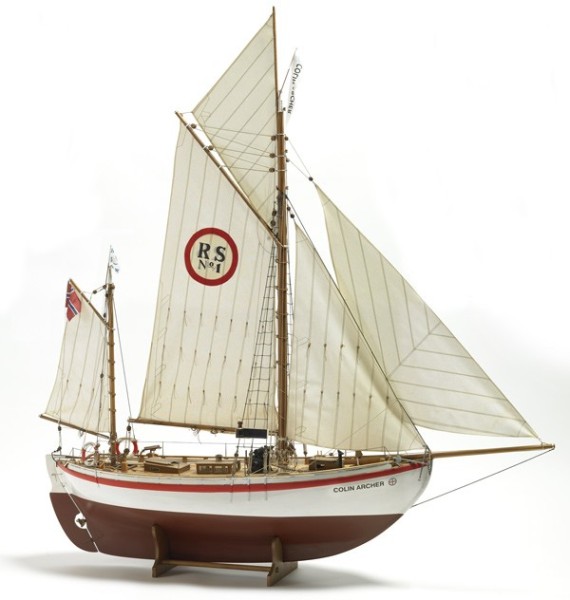 RS1 was built in 1893 for the "Norwegian Society for Shipwreck Salvage" at the Colin Archer shipyard in Rekkevig near Larvik,Norway. RS1 was later named "Colin Archer" after its designer and builder. The sharp-sterned design of the vessel has given it world-wide reknown. Roughly 30 boats of this type were built, most of them at the Colin Archer shipyard at Tollerodden in Larvik. RS1 Colin Archer has had an eventful past. After 40 years as a salvage vessel, the ship was sold in 1933 to private owners, who added a small auxiliary motor. It crossed the Atlantic in 1938, suffered severe storm damage in North Carolina in October 1954, and was found as a wreck on the Potomac River in 1960. After 23 years in the USA, the Colin Archer was returned to Norway in December of 1961 as deck cargo on the freighter "MS Tasco". Then followed a series of owners - and both good and hard times. Finally, on 21 April 1972, the oldest salvage vessel in Norway was handed over to the Norwegian Maritime Museum in Oslo

Kit is suitable for RC components