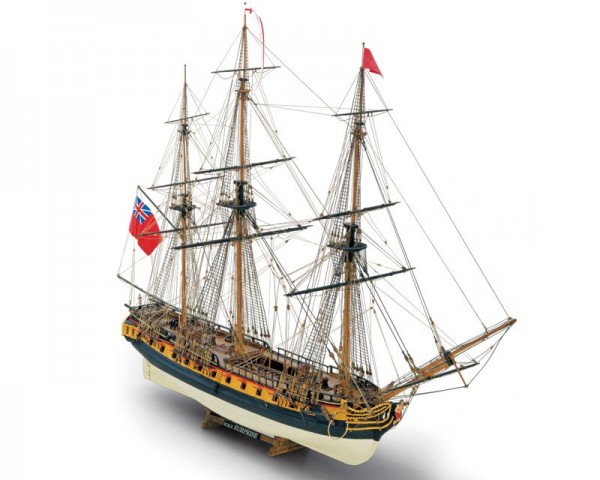 It was a French sloop with 24 canons L’Unite”. In 1796 it was captured from English ship “H.M.S. Inconstant”. It was changed and it joined to the Britannic navy as a frigate with 32 canons. In 1799 it became famous when, with a surprise action, it boarded and it conducted the HMS Hermione sloop in English seas. The Hermione crew was raised in army.

It has 26 cannons at below deck, 6 canons and 2 carronades on the deck and on the quarterdeck.