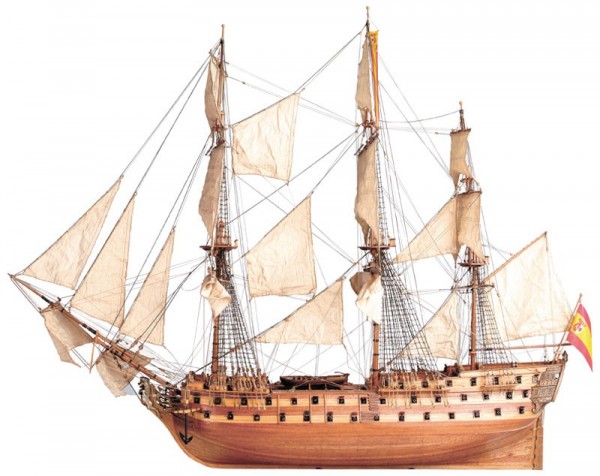 This product is currently not available.
Please inform me as soon as the product is available again.
289.90€ *

A 2,700 t vessel with 74 cannons launched in 1756, the San Juan Nepomuceno represents for the Spaniards a won-derful example of the heroic temper of their race and of the bravery of their sailors. Commanded by Admiral Cosme Damiän Churruca, the San Juan Nepomuceno fought at the battle of Trafalgar in 1805 and there won imperisable glory through suffering and death.
Admiral Nelson, mortally wounded, continued directing the battle, while Admiral Churruca, whose leg was shot off by a cannon ball, continued commanding his ship, ordering Fire.