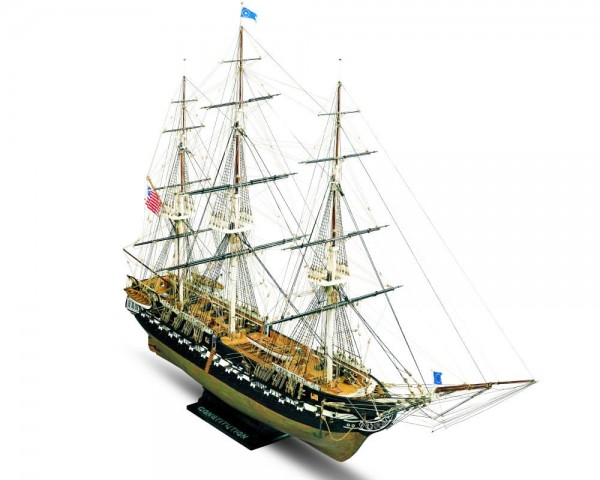 The U.S.S. Constitution, an American frigate with 54 guns, was launched on 21st October, 1797. It had bigger dimensions, sails and equipment than contemporary ships of the same class. Its strong construction earned it the name of “Old Ironsides”. It was involved in several naval battles, the most famous of which was the victory over English frigate “Guerriere” on 19th August, 1812, during the war against the United Kingdom. It was afterwards transformed into a training ship and underwent various modifications. At present, anchored in the Navy’s shipyard in Boston, it is used as a naval museum. In this model, we have employed the usual metal port-holes, allowing a perfect copy of the openings for the guns without boring the planking. The bottom of the hull is sheathed with plates, as in the original, giving the model a highly realistic look.