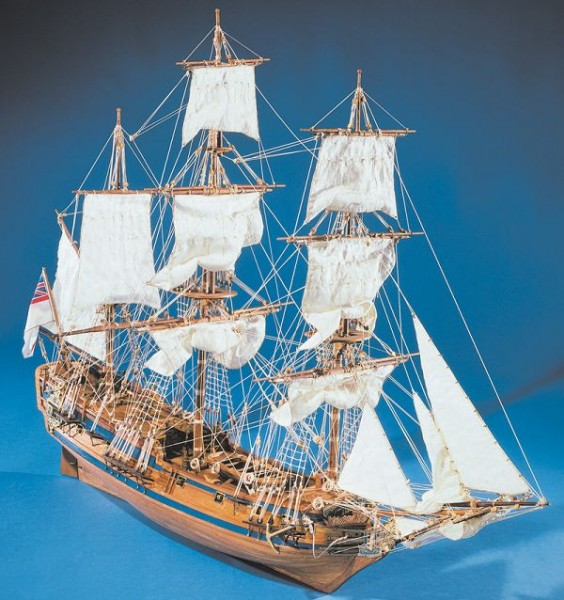 This fast cruiser was used to connect England with the North American colonies and was generally referred to as one of the "runner class". She was built at the Deptford dockyard on the river Thames in 1700. She was later rebuilt and renamed the Caroline. When she was disposed of in the mid 18th century, the design was copied and used as a basis for the yacht Royal Caroline which was very similar in overall appearance.