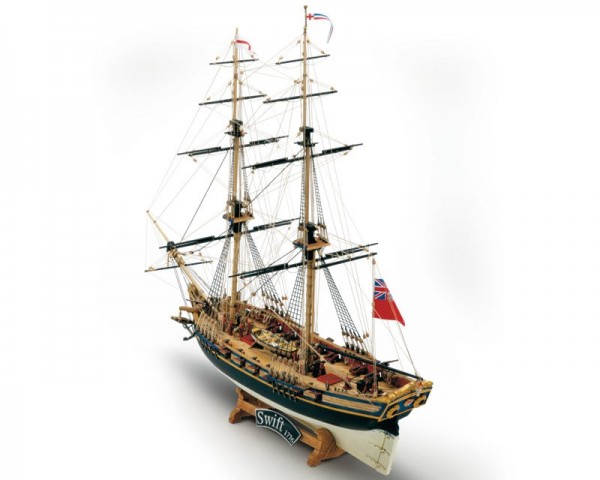 The brigantine SWIFT was built in the American colonies in 1776 and served in the British Navy between 1776 and 1778.
It is supposed to have participated, among the vessels of small tonnage, in the American war of independence. The hull lines were advanced for its time, based on speed and fire-power.