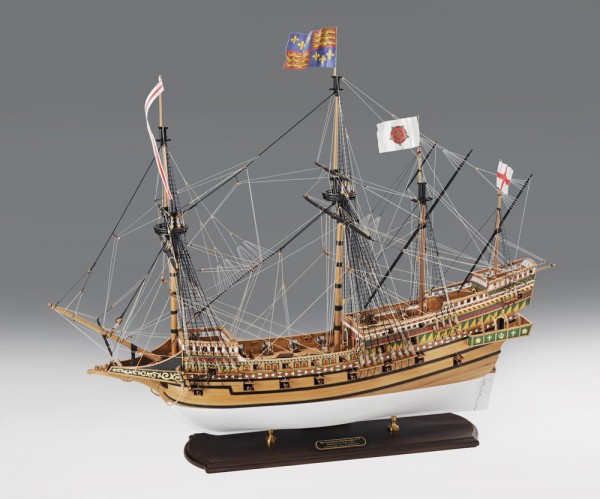 The Elizabethan Navy Royal warship Revenge was built at Deptford and launched in 1577.

Revenge was a new type of warship, a ‘Race Built Galleon’. She was built following the direction of Sir John Hawkins and supervised, it is thought, by the master shipwright, Matthew Baker. Revenge was about 500 tonnes and carried a crew of around 250 men. Contrary to popular belief, the new race built galleons were not dwarfed by the Spanish galleons, but were on equal and sometimes larger size. It is very easy to see the lines of Revenge as a pre-curser to the Prince Royal of 1610, the Sovereign of the seas of 1637, even the Prince of 1670.