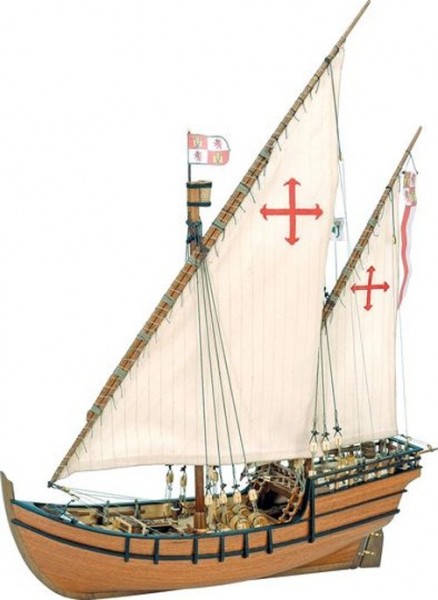 The caravel La Nina was part of the fleet of Christopher Columbus that discovered the American continent on October 12 1492. The primitive Latin sails reproduced here, were converted to square sails during a stopover of the small discoverer fleet in the Canary Islands.
After the sinking of the Nao Santa Maria, La Nina became the captain ship, commanded by Columbus himself during the trip back to Europe. La Nina took part in several more trips between Spain and the New World. After 1508 she disappeared from the records.