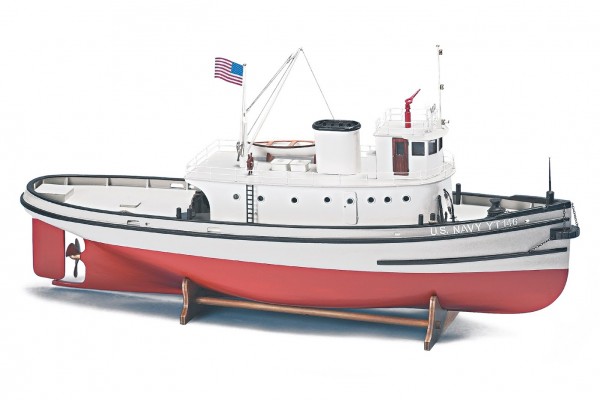 Billing Boats USS Hoga YT146, Pearl Harbor Fleet Tug, Model Boat Kit, Fittings is a scale model tugboat. This tug boat was approved by the American navy on 22 May 1941 and given the name YT146 Hoga. It was then posted with the 14th navy station at Pearl Harbor. After only six months in service, the Hoga was put to a far greater test than had been expected, when Pearl Harbor was attacked on 7 December 194l. The Hoga fought without break for 48 hours, extinguishing fires, tugging bombed warships and rescuing seamen. Today the Hoga is the only vessel still in existence from the time of the Japanese attack.