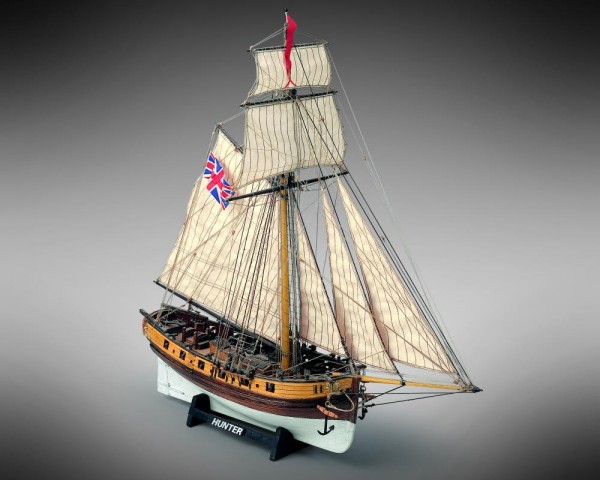 The Hunter is a well-equipped cutter, built for the British Navy, with many more or less similar copies, in the second half of the seventeenth century. Its purpose was to face smugglers, who, incidentally, were the first to use this type of ship (it seems that the English shipyards built them in pairs; one for the smugglers and one for Customs). Of course, the Hunter was also used as a coast guard and for military functions of port survey, scouting, warding and so on. Towards the end of the nineteenth century, sports boats and those meant for the regattas were derived from these cutters. The model, reproduced on a scale of 1:72, is of a cutter built towards 1797. It is equipped with 12 guns and several culverins.