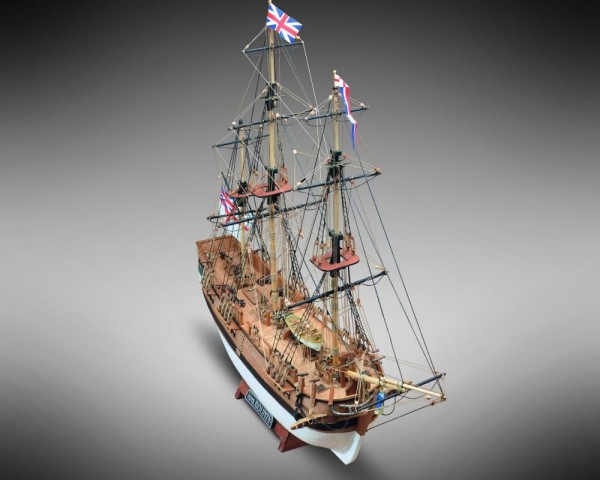 The name of Bounty, a frigate of the British Navy, is inextricably linked to her captain Bligh, and to the vicissitudes which caused the crew to multiny. The ship set out for Spithead in December 1787, final destination Tahiti. On the return voyage, owing to the strict discipline imposed by the captain, a certain discontent began to spread through the crew and it soon turned into a mutiny. Christian Fletcher, the boatswain, took command of the ship and forced Bligh to board a life-boat with 18 still-faithful men. After a dangerous navigation of more than 4000 miles, Bligh reached the isle of Timor and afterwards England. The Bounty went back to Tahiti.