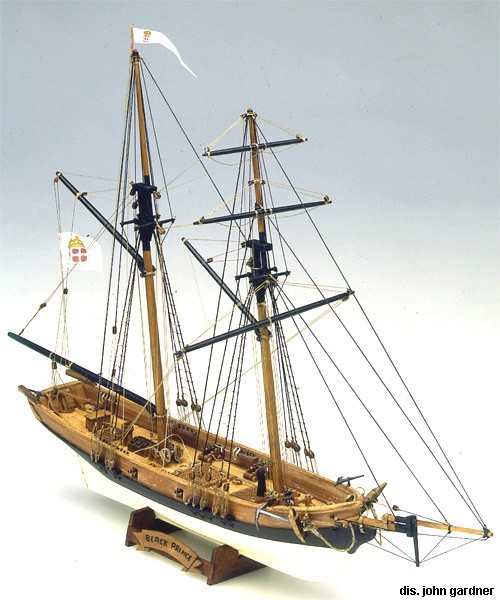 During the Revolutionary War (1774 - 76) private vessels (privateers) were commissioned by the colonial rebel government to prey on British commerce everywhere and to capture, when possible, British ship. At the time of the Revolutionary War, Benjamin Franklin was ambassador to France. He allowed to buy French built corsairs through an important ship broker. These corsairs were the predecessors of the Baltimore Clippers. The ships were painted black so as to be nearly invisible at night. They were named Black Prince and Black Princess. The crew were Portuguese seamen but captained by an American. They preyed on the British trade in English coastal waters and for over a year nearly destroyed Britains trade with the rest of the world.