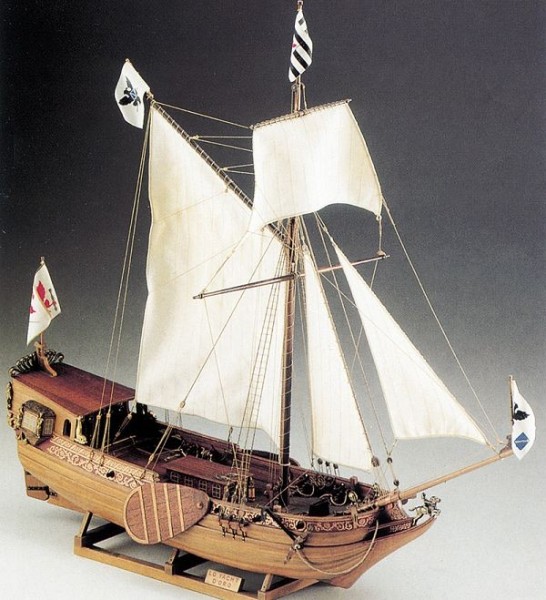 The Golden Yacht was built between 1678 and 1679 by master shipbuilder Peckelhering in Kolberg, who used the yacht of Prince William III of Orange as a model. The yacht was armed with 8 guns. The crew consisted of 12 men, but in case of war it could be extended to 50 men.
Little is known about the use of the Golden Yacht in the Brandenburg navy. She was stationed in the port of Pillou, later in Berlin until 1700 and then in Emden, where she was finally scrapped.

The model construction of the Golden Yacht is relatively simple and does not demand a lot of patience from the modeler. However, the model is impressive due to the abundant ornamentation. The tendril work of the bulwark is included as etched copper plate, the other decorations as metal casting. Of course, the wooden parts of this model kit are also sawn out.

As a supplement, a set of ready-sewn sails is available for the Golden Yacht under item number 61986.