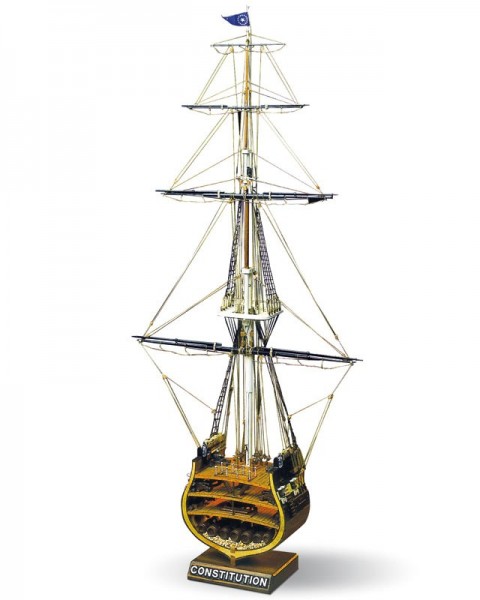 U. S. S. CONSTITUTION, an American frigate with 54 guns, was launched on 21st October 1797. She had bigger dimensions, sails and equipment than the contemporary ships of the same class. Her strong
construction earned her the name of „Old Ironsides“. The Congress of the United States authorized the construction of Constitution and of two other ships in order to strengthen the American Navy and to protect trade with Europe, which were too often endangered by the more and more numerous attacks of enemy units.

Mid ship section of the model of U.S.S. Constitution reproducing in detail the inside of the trupe ship launched in the second half of the XVIII century. Structure consisting in 10 half-frames, whose assembly is simplified by special tools supplied in the box. Inside and outside planking, sheathing of the bottom with plates as in the original.