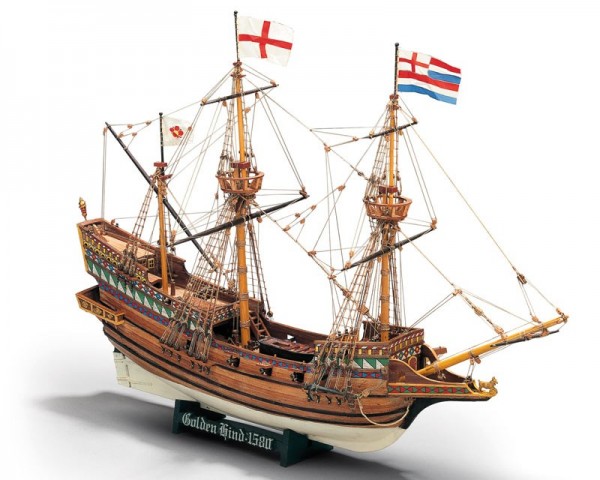 The Golden Hind took its name from the golden figure appearing on the coat-of-arms of Lord C.C. Hatton?s family, who financed Sir Francis Drake?s circumnavigation of the globe. On the 13th of December 1577 Sir Francis Drake, on board the galleon Golden Hind, together with another four ships. Set out on the most famous voyage of English naval history. After crossing with difficulty the Magellan Straits, owing to the dreadful storms in which two of the ships were wrecked, he moored into the port of Valparaiso. Afterwards he followed the coasts of Chile and Peru plundering Spanish ships and ports and catching an enormous loot. He then went up as far as California, probably trying to discover the so long searched North-West passage. He continued his voyage in the direction of the Moluccas and Java, doubled the Cape of Good Hope and returned to England after three years, completing his voyage around the world.