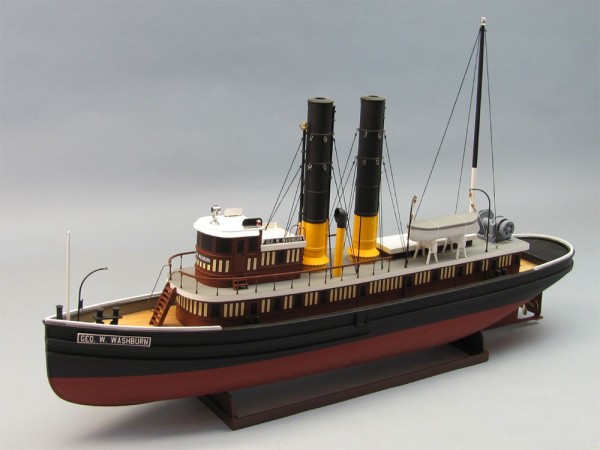 The George W. Washburn was launched by the Cornell Steamboat Company to move barges and cargo like stones, sand, and bricks up and down the Hudson River between Albany and New York City. She was, during her early years, considered the fastest tug on the Hudson. Since she took on paying passengers, her appearance was kept up. It was said that a Cornell Steamboat could be notices from great distances by the yellow and black color of the smoke stacks. Sad to say, however, that the George W Washburn and Cornell Steamboat Company are no longer around today. This kit features laser-cut plank-on-frame construction.