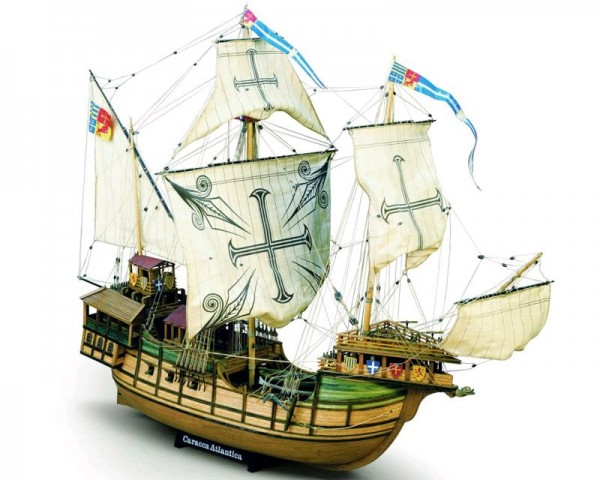 Prints of the time and documents found in the historical archives of the naval museum of Barcelona have allowed the reconstruction of the plans of a ship that, for its lines, takes its stand between the medieval merchant ship and the galleon, classifiable for the particular structures of the forecastle and of the quarterdeck among the carracks. We called it Atlantic Carrack to indicate a ship suitable for oceanic navigation. Probably about 1519 it took part in an important expedition, which led Fernando Cortez to conquer Mexico. The outer galleries, one of which is a balcony, the apartments under the small quarterdeck, and the superstructures of the decks, providing awnings to protect from the sun, clearly indicate that these ships were employed for the transport of passengers of high rank.