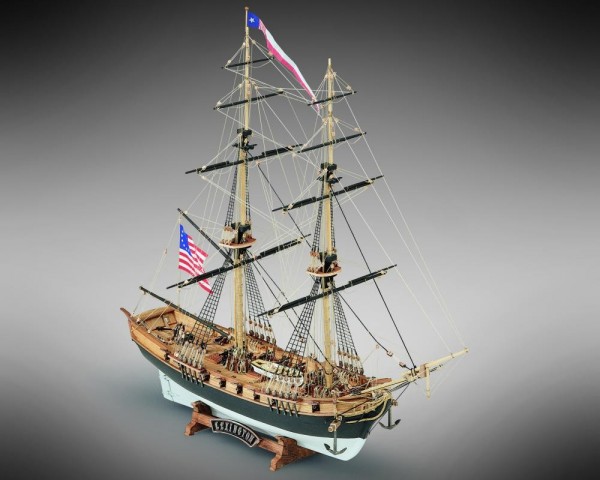 The Lexington belonged to a small fleet of merchant ships, which were hastily converted into war ships in Philadelphia in 1775/77 during the war against England. Under captain John Barry’s command, the Lexington was successfully engaged in battle on April 7th, 1776 against the corvette Edward. During the same year, the Lexington was captured by the British frigate Pearl. The crew re-captured the boat again in a daring action and returned it to Baltimore. During the following year, the Lexington sailed to France and, together with other ships, took part in various battles in the Bay of Biscay, the English Channel, and off the Irish coast. A number of English ships were captured. On September 20th, 1777, on its return trip from France, the Lexington was captured by the English cutter Alert. After a fight of more than three hours the Lexington ran out of ammunition and had to surrender. Thus, at least the lives of the crew, already decimated by enemy fire, were saved.