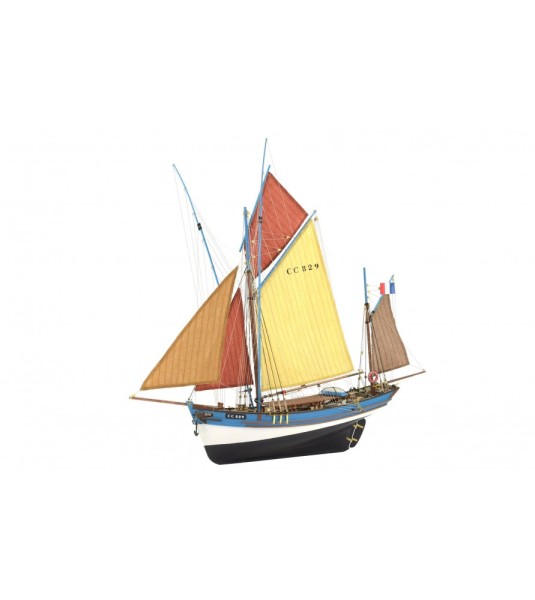 The Marie Jeanne left the French port of Concarneau and sailed between 1900 and 1950. Tuna fishing requires strong and fairly fast boats. This fishing vessel, used for tuna fishing from June to October, reached the coast of Mauritania in voyages of up to two months, as the tuna are usually far from the coast. In the early days, vessels built for other purposes, which were generally too heavy, were used for this task. At the end of the 19th century, new types of fishing boats were developed that were small and had large sails. Progress and the trend towards motor propulsion contributed to the extinction of these elegant fishing boats with colourful sails.

All building plans, German instructions, many photos and video tutorials to help with building are included on a DVD! NO printed instructions in the kit.

The kit is suitable for beginners and less experienced modellers!