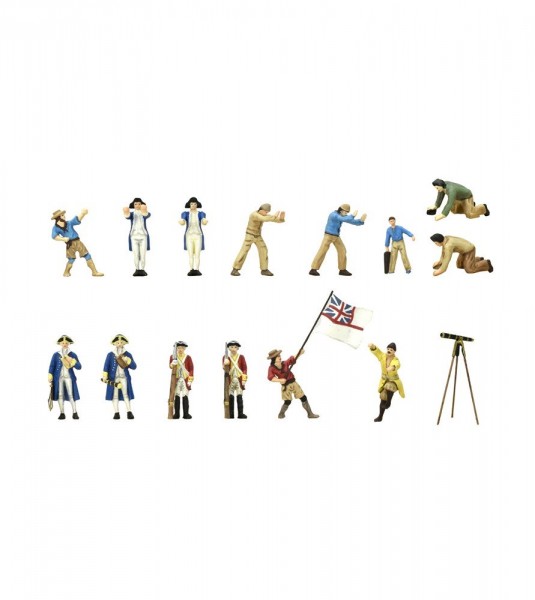 Give even more realism to the wooden model of the British ship HMS Endeavour, don't miss the set of 14 metal figures with accessories at 1/65 scale of the members of the crew, ready to be assembled and painted. The figurine kit includes the following characters:

Assemble the set of 14 figurines with metal accessories for the wooden model of the British ship HMS Endeavour, initially coal ship and later reconverted to carry out long expeditions of the Captain James Cook for the great South Sea.

Launched in 1764 and chosen by the aforementioned sailor four years later to prepare for his historic voyage, HMS Endeavour was part of important discoveries. It discovered Australia and facilitated the location of Tahiti, New Zealand and many islands in the Pacific Ocean, as well as animal and plant species previously unknown in Europe.

Likewise, all this adventure undertaken from the United Kingdom allowed the calculation of the position in longitude with great precision by means of mathematical formulas. In this sense, the contribution of James Cook's travels to navigation, seafaring and geographical exploration are of absolutely historical importance.

Now, the modeler has this fabulous set of 14 metal figurines with accessories for the renewed buildable wooden model of HMS Endeavour. Essential in any naval modeling Collection!